Top 3 Best Cities for those Looking to Become Actors 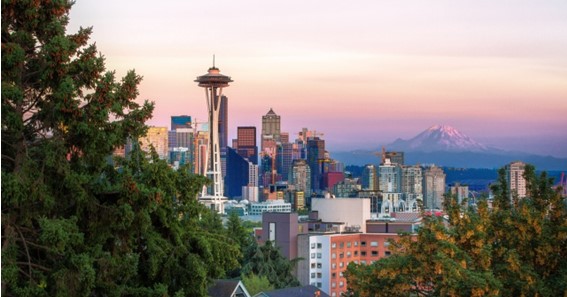 Acting is one of the oldest professions, allowing people to bring stories to life and show the world how things make them feel while fabricating emotions in real-time.  Unfortunately, as thrilling and interesting as this job is: there’s nothing that can hold you back as much as your location.

Living in the right area can change how accessible work is and whether anyone in your area even has the time or need for an actor.

These are the top cities to try and get an acting job in: and why they matter!

Contents
1 Is it Worth Moving to Act?
2 Los Angeles
3 New York City
4 Atlanta
5 Are There Options Abroad?
5.1 Acting Can Be a Solid Career Choice

Is it Worth Moving to Act?

Some may be nervous about moving for an acting job, thinking that it’s not going to yield enough a result for them to be able to afford to live: but there are many areas that are teeming with enough acting work that nearly anyone can make it by even acting as an extra!

It’s important that you save up at least three months of expenses first and that you have a car for two of these locations, but otherwise, moving for acting work is completely reasonable.  You should still have a fallback just in case, where you can pick up a couple of shifts as a transcriptor if you need to, but this isn’t just a dream if you follow through.

It’s no mystery why Los Angeles is on this list!  LA has the largest range of acting jobs available, offering everything from commercials, to movies, to television shows, theater, and even more.  Moving to Los Angeles may immediately surround you with tons of competition and other skilled actors, but it’s a fantastic place to make a big splash.  Unfortunately, Los Angeles apartments for rent are extremely expensive, so it’s a good idea to get a roommate if you move out here.

The Big Apple is another obvious choice for where to move as an actor!  Focused mainly on television shows and theater, NYC has a job for any actor who’s driven enough to get into it.  This is the only city where a car isn’t a necessity since it’ll cost you far more to maintain and deal with that than public transit would.

This city might surprise you, but Georgia has been a powerhouse in the film industry for over twenty years now.  Famous shows like The Walking Dead, and movies like many of the recent Marvel movies, have been filmed in Georgia because of how affordable this state is and how many tax cuts they offer production companies.

Are There Options Abroad?

These are the three biggest cities for acting in the United States, but there are tons of other options nearby!  If you want to go north, consider checking out Toronto or Vancouver.  Vancouver is known as Hollywood North because of its extensive number of movies, shows, and other items that are filmed here, and Toronto has been growing as a film and acting powerhouse in recent years!

Acting Can Be a Solid Career Choice

Although many assume that acting is a dream that just can’t come true: it’s a solid career choice that you can make happen if you work hard enough!