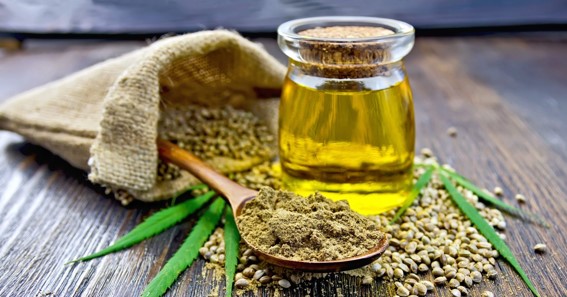 In 2014 the Farm Bill, allowed State agricultural departments and higher education institutions to grow hemp under a pilot program, as long as their state law allowed it. The bill also defined Industrial hemp, and it set the dry weight basis of THC at 0.3%. Hemp and all cannabis varieties were still considered Schedule 1 controlled substances.

In 2018, another version of the Farm Bill was passed. This bill legalized the production of hemp in agriculture and removed it from the Controlled Substances list. The bill also listed hemp as a covered item under crop insurance.

Though producers could grow hemp, they could not grow it as freely as other crops, and the bill outlined restrictions upon it. A shared state and federal regulatory authority was set up, and steps were outlined for states to develop plans to regulate hemp.

So, given all of the restrictions on the production of hemp, the question is, is hemp legal? The answer is both yes and no. Federally, hemp is legal as long as you are following the guidelines set out by the 2018 Farm Bill, such as growing hemp with less than 0.3% THC. However, each state has its own laws and process for handling hemp, so you would have to look at your state law to know if it is legal.

Even though hemp is now legal under this new bill, there are restrictions on how hemp can be grown and who can grow it.

Under the new Farm bill, the sale, possession, and cultivation of hemp are only legal if it meets the Federal government’s requirements.

One of these requirements is that the hemp is grown with less than 0.3% Delta THC. This doesn’t just apply to hemp, but the cannabinoids that are cultivated from it as well, like CBD. The grower of hemp must also be licensed and must meet specific criteria. For example, anyone with a less than 10-year-old drug-related felony cannot be a grower or producer of hemp.

The Farm Bill also outlines the penalties for violations of federal hemp law. It defines what activities qualify as felonies under the law, and it also includes ways violators can become compliant with the law.

Because the sale and possession of hemp are now legal, the federal government has allowed for interstate transportation of hemp and hemp products. No matter what the legal status of hemp is in each state, states are restricted from taking any action on the transport of hemp products through their state; the products are legal as long as they meet federal guidelines.

This also opens up interstate commerce for the hemp industry. Before, credit card companies and other e-commerce companies were afraid to conduct business in the hemp industry for fear of action taken against them by the federal government, but with the passing of the 2018 Farm Bill, there is no longer the risk of penalties as long as they are dealing with legitimate hemp companies.

The Farm Bill established Federal guidelines and regulations for the hemp industry, but it left Authority up to the states to establish their own plans of action for the cultivation and production of hemp. Once States come up with these plans of action, they must submit them to the USDA for approval.

The Farm Bill had a very large impact on the hemp industry, and now that restrictions are eased, the industry is likely to expand even further.