In the Fight Against Pollution, Natural Materials Must Supersede Synthetics 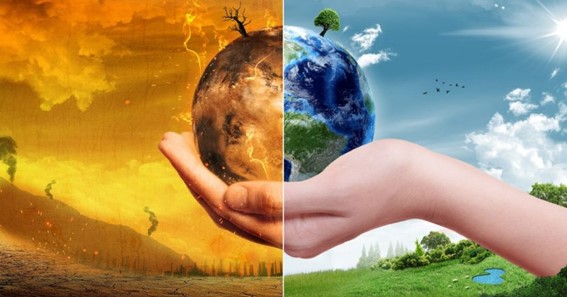 Despite growing pledges of climate action, global emissions are at an all-time high,” said UN Secretary-General António Guterreswarned during recent comments made during the recent launch of a new expert initiative to boost net-zero climate commitments and develop stronger global standards to tackle the issue. “The climate is getting rapidly worse.”

Not only are the effects of mankind’s carbon footprint widely reported and understood, it has become clear that our decades-long devotion to plastic products, most infamously single-use products, has had severe and adverse effects on our environment, both at the manufacturing phase and once used products become obsolete. This has led to growing calls for a return to natural materials for producing a wide range of commodities, from drinking straws to polythene bags to banknotes.

Indeed, many industries, engineers, scientists and designers have been put to task to find natural alternatives for creating ‘low-waste ecosystems’ using materials such as cotton, algae, stone wool, liquid wood and polymer substitutes made from potato or corn starch. There is no doubt that sustainable alternatives are there to be found, as long as there is a political and commercial will to do so.

The Demise of Plastic Straws

The product which perhaps most epitomises humanity’s obsession with single-use non-recyclable plastics is the straw. It is estimated that in the United States, 500 million straws are used every day. A study published in 2019 suggests that as many as 8.3 billion plastic straws pollute the world’s beaches, threatening wildlife and in danger of being ground down into micro-plastics that can then by distributed around the world via ocean currents.

Key actors in the industry have begun taking action to stem the flow of plastic straws into the world oceans. Starbucks, for example, promised to faze out plastic straws by 2020, McDonald’s decided to ban their use in its UK and Ireland restaurants. Many other firms have followed suit in response to growing public pressure, not least because most people have realised that the risk is not worth the reward… We can all live without plastic straws.

The solution seems obvious in hindsight. Companies have turned more and more to biodegradable, straws fabricated from natural products with little if any environmental impact. Yes, such products could cost companies hundred of millions of dollars a year more, but is it not worth it to save and maintain a functioning ecosystem in our world’s oceans?

This determination to move away from plastics is gaining pace across many different sectors, but the fiduciary industry has been one of the main advocates for a move to plastic-based products for ostensibly ecological reasons. Back in 2016, the Bank of England introduced 100% ‘polymer’ banknotes to replace the classic paper currency. Durability, recyclability and security were touted as crucial advantages to the new plastic-based tender. However, concerns quickly arose about the environmental impact of mass-produced polymer banknotes, especially with increased unease about the ecological effects of plastic on our environment.

First introduced in Australia in 1988, polymer banknotes are now used in over 20 countries worldwide. One of the main advantages of plastic-based banknotes is, according to proponents in the banking industry, an extended lifespan that results in a lower environmental impact.. A study by the Bank of England suggests that this plastic cash lasts 2.5 times longer than paper cash.

New research by Moneyboat has revealed, however, that the plastic £10 notes release 8.77kg of CO2 compared to their cotton-paper predecessors’ 2.92kg – or three times as much. Treble the greenhouse gas emissions compared to the paper notes contradicts somewhat the greener attributes of plastic notes extolled by the Bank of England upon their release.

Moreover, unlike plastic-based banknotes, cotton banknotes have truly recyclable properties (they are bronken down into briquettes). Plastic can only be recycled a certain number of times before becoming unusable and an environmental hazard. The paper briquettes are a useful material and can be used in several different ways, such as fuel for the cement/ceramic industry, coolant for the steel industry and composting. Perhaps central banks around the world shouldn’t be so quick to turn their back on the traditional cotton-based banknotes especially in the name of ecological action!

Plastic is the Problem

The problem with ‘polymer’ affects not just the fiduciary industry, but all industries across the globe. Despite raised global awareness about the disastrous environmental effects of plastic on the natural world, the global plastic output is on the rise, not least due to concerted efforts by the oil industry to create new facilities in Asia that produce plastic and petrochemical products. We’ve all seen the horrifying images of plastic waste floating around our oceans…

Many industry actors have been focusing on ways to minimise plastic waste through a general rethinking of our waste management strategies and relationship with plastic in our daily lives. Rosemarie Downey, global head of packaging research at Euromonitor International, said that “Ultimately, mindful consumption of plastic is a global duty of everyone. Consumers have their part to play to help realise zero-litter, as do corporate players in their use and handling and governments in providing the necessary, optimised waste management infrastructure.”

However, maybe a general move away from plastic-based materials altogether and a return to natural or ‘bioplastics’ is the way forward. These innovations are obtained from renewable sources from the natural world, from algae and fish waste to mushrooms and plant sugars.

The world is reaching a turning point from which there will be no clear way back. The millions of tons of plastic waste ending up in landfills and contaminating the environment every year is not sustainable for our planet. Returning to natural materials may just be the answer if humanity gets its act together quickly.

To Know Some Great Stuff Do Visit FilmyViral

To Know Some Great Stuff Do Visit FinanceNInsurance

To Know Some Great Stuff Do Visit FindingCEO