An Overview of Yakimono Cuisine 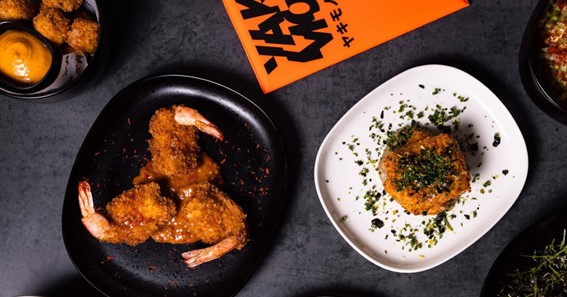 If you’re a self-confessed foodie, then you must have at least tried Japanese cuisine. And if you’re like most folks, you must have liked it, whether or not you’re a foodie.

The thing is, “Japanese cuisine” is a rather all-encompassing term, and it covers several genres. One of them is “Yakimono” which takes the spotlight in quite a few Japanese restaurants. There are even restaurants named Yakimono, as part of the international Yakimono franchise. The brand features locations in lots of places, including Oklahoma City and Melbourne, Australia.

But what exactly is Yakimono cuisine? You get the gist of it from the name alone, if you know some Japanese. Yaki can mean either “fried” or “grilled”, while mono just refers to stuff or things.

Hence, the name gives us fried or grilled stuff. More specifically, it refers to Japanese food items that have been cooked over direct heat, like pan-fried or grilled.

The featured meat for Yakimono can be pork belly, beef, or chicken, and it can be shellfish too. The Yakimono dishes also acquire more flavor with the additions of ingredients like miso and rice wine.

In some Japanese restaurants, Yakimono dishes can make an appearance at the very end of the meal. It’s like their version of dessert, with smoky and savory dishes to finish off the meal. In that sense, you only get a few bites of the stuff, since you’re basically already full. It’s more for the taste.

Of course, you can make a full meal out of a Yakimono lineup. This is actually a common facet of inner-city dining in Japan, and it’s becoming common in many other places as well.

A quick look at a typical Yakimono menu thus won’t feature raw fish, so this isn’t the place you visit when you have a serious urge for sashimi. Instead, you have the following basic Yakimono dishes:

To make this, the chef uses a narrow charcoal grill to cook skewers, until every piece of the chicken has the perfect amount of char and the pieces are flavorful and juicy. This may seem basic, but a yakitori restaurant can offer several versions of this meal.

The chefs use up as many parts of the chicken so you have chicken livers, chicken hearts, chicken gizzards, and small pieces of chicken skin. Of course, you also have grilled wings (grilled individually), chicken breasts, and chicken thighs (sometimes served with scallion).

You may have heard the term before, but what exactly is it? The teri in the name refers to “gloss”, and of course yaki means grilled. Thus, teriyaki refers to the grilling method that includes the use of marinade (the gloss).

Teriyaki dishes can feature chicken, along with pork, fish, and other meats. They just have to be brushed with the marinade first, before they’re grilled. Among Japanese chefs, the marinade can include sake, mirin, and soy sauce.

Regardless of whatever Ross from Friends may have to say about unagi, the term refers to freshwater eel, and specifically the Japanese eel. The chef usually prepares this dish by first dipping the fish in a soy sauce-based tare sauce (“unagi no tare”), and then it’s grilled over charcoal. They call this method kabayaki-style.

The other version is shirayaki-style, which is common in Tokyo. Here, the chef gets the eel grilled, steamed, sauced, and then grilled again.

The term refers to Japanese dumplings. The chef starts out by pan-frying the dumplings until they’re golden-brown and crispy. Then they steam the dumplings, leading to juicy fillings and tender bites.

Usually, the recipe calls for ground pork for the filling, along with garlic and green onions. In some cases, the chef may add some cabbage. Newer vegetarian versions use shiitake mushrooms along with other veggies. Most of the time, the gyoza comes with a dipping sauce that combines rice vinegar with soy sauce, along with a little bit of chili oil.

This is also known as kushikatsu, with kushi referring to the bamboo skewers while katsu refers to a cutlet. In the term kushiage, the age means “fried”.

These terms refer to deep-fried veggies, fruits, or meat, generally served with a thin and savory dipping sauce. Lots of restaurants in Japan serve their kushiage platters with a cabbage slice functioning as an extra sauce container.

This is a savory Japanese pancake. It’s first fried on a griddle until both the sides are golden-brown. Then it’s completed with various garnishes and sauces. The traditional batter is made with dashi stock and wheat flour, along with crispy tempura scraps, shredded cabbage, grated yam, and beaten egg.

Despite the rather exotic ingredients (at least to a Western POV), this is actually a common comfort food in Japan, and it works as an appetizer too. in some versions, the chef adds a garnish of bonito flakes.

With these dishes, you’re on your way to a fantastic Yakimono adventure!